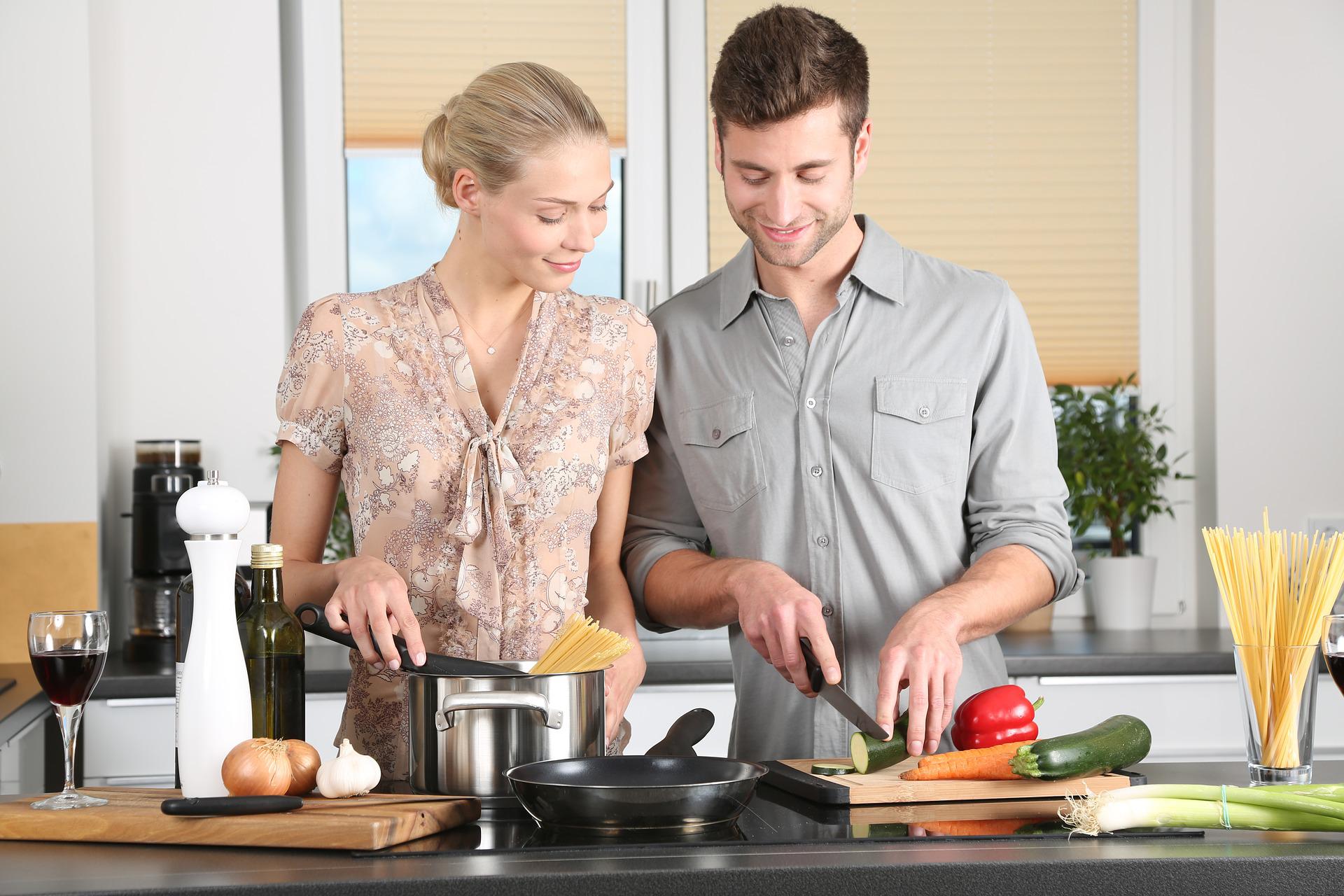 Going through some tough times? Looking for a change of pace? Think Zoe’s Kitchen might be the answer. The nonprofit helps put food on the table and has been doing so since 2009. They offer a variety of services, including their summer food pantry, which serves 40 families every day. They also have a weekly meal program that serves between 100-150 families per week through their mobile trucks and can do more if needed.

“It’s a sense of community and you’re able to come in, get good food and just be a part of it,” said Sylvester Johnson Jr, the founder and Executive Director for Zoe’s Kitchen. “You’re able to sit down with your family at the table and eat something that is prepared by a person who cared enough to put some time in it.”

Zoe’s Kitchen started out as an outreach program with the local Urban League, handing out meals on a weekly basis. While they did this, they realized they could grow their efforts by adding more meals to the daily menu. This lead them to what is now their current mobile community kitchen.

It started with a small, 32-foot trailer. But in 2009, they outgrew that, and so they moved to a 40-foot trailer, which is what they currently use today. “We were hoping that we would grow and just go into other cities,” said Johnson. “Trying to do what we were doing with this mobile kitchen.”

Since then the mobile kitchen has grown, providing meals to 40 different communities across the country. They’ve also expanded their menu to include hot meals, snacks and meals for special diets. Currently there are almost 1,000 active volunteers and they serve more than 30 million meals each year through their services.

That’s why it means so much to Johnson, who was inspired to start the non-profit ministry after seeing the need firsthand during a time when he was going through some tough times.

“I’m not going to lie it was tough,” laughed Johnson. “I had hit a wall and I needed something different and I prayed, ‘God what can you do? What are you supposed to do with me?’ As I prayed that one night, God showed me the idea of this mobile kitchen in action.”

Johnson used his experience as a church leader in Atlanta and his personal life as a builder as his inspiration for starting Zoe’s Kitchen.

“I built restaurants, I built churches and I thought to myself, what if I take that same concept of employing people and making sure that they’re being fed the proper way.”

At the end of the day, he wants to make sure his clients are getting their money’s worth. That’s why he believes in quality food for a good price. “I have a saying. Don’t let people say they’re hungry,” said Johnson. “Don’t let them go home saying they ate less than you wanted them to.”

He said this while talking about relying on big chains like McDonalds or Burger King to feed people in need, but Johnson doesn’t think fast food is the answer.

“It’s the fast food mentality at a very low price,” Johnson said. “If there’s no healthy in the food and you’re not getting any of your money’s worth, that can’t continue. I’m trying to do what I can to make sure that doesn’t happen.”

That’s why he has also added hot meals to their menu, which serves as an option for people who are sick or disabled and would like a hot meal rather than one from the mobile truck. They even have a vegetarian option available for those who are on a strict diet.

“You have to do something because it’s a shame to have all this food going to waste,” said Johnson. “We need people who are willing to dedicate some time, some energy and some resources so we can feed a lot of people.” 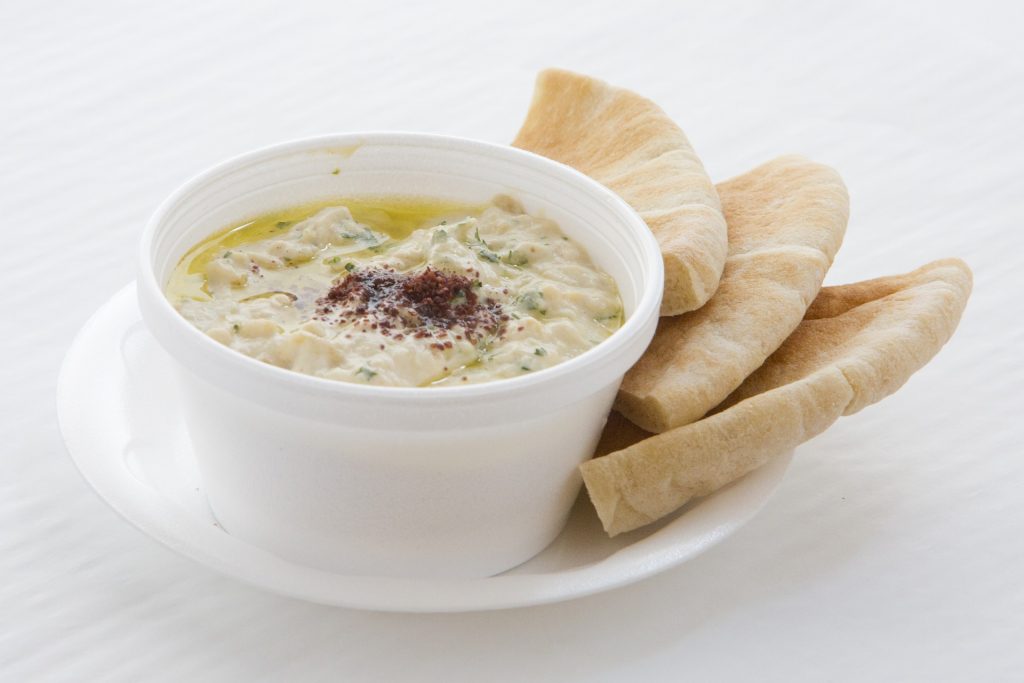 UNIQUE: Hummus is a condiment and dip that was originally popularized in the Middle East, but has now spread throughout the world. It’s made mostly from cooked and mashed chickpeas, olive oil, lemon juice, tahini (a paste made from ground sesame seeds), salt, and garlic. To add other flavors to hummus, some recipes add ingredients like onion or sun-dried tomatoes. Hummus is often served with pita bread, or as an appetizer.

The chickpeas are cooked in lots of water and then drained. The cooked chickpeas are mashed and mixed with garlic, salt, and tahini to get the hummus texture. Tahini is also mixed into the mixture with olive oil to add flavor and texture. To make your own hummus at home you’ll require: chickpeas, canola oil, lemon juice, tahini paste, garlic cloves, kosher salt, black pepper, and finely diced red onion.

You can either use canned or dried chickpeas of course. If you’re using dried ones, you’ll need to cook the chickpeas yourself. To make the hummus, just put the chickpeas, tahini paste, garlic cloves, and a little salt into a food processor or blender and puree until smooth. If you like hummus with a little texture to it, don’t puree too much.

The basic ingredients mentioned above are what you’ll need for hummus. Nevertheless, there are many variations of this recipe that can be done depending on your personal preferences or what’s in season.

Some people like to add red pepper flakes (optional) along with salt and pepper while others prefer sesame seeds or pumpkin seeds as an addition. Some people like to add red onion, parsley, and other flavoring agents like dill, mint, paprika or cumin. But the main thing with hummus is that everyone has their own version. So if you like it as is and you want to add other things such as olive oil to make it taste good, then go ahead and do so.

This vegetarian baked eggplant recipe is an easy dish to make and can be made in the oven or on the grill. It’s a favorite among vegetarians and those who are trying to eat healthier. Zoe’s Kitchen’s 2-Baked Eggplant Parmesan is a delicious, healthy, and easy recipe that is perfect for any occasion. It makes a great vegetarian main dish or side dish. .2-Baked Eggplant Parmesan from Zoes Kitchen. This healthy recipe can serve as a vegetarian main dish or side dish. Vegetarian and vegan recipes are also available in the “recipes” section of our website. .Unbaked Eggplant Parmesan Recipe:1 eggplant, sliced into 1-inch rounds and then cut into 1/2 inch slices1 tbsp. salt8 oz. mozzarella3/4 cup dry bread crumbs (use gluten-free or regular)Olive oil spray arm esan Cheese shavings or grated cheese (optional)1. Preheat the oven to 425 degrees.

This recipe is a favorite of Zoe’s Kitchen. The chicken tenders are coated in a crispy breading and then grilled to perfection. Zoe’s Kitchen is one of the leading brands that sells pre-made meals, frozen food, and other pantry staples. It is also one of the fastest growing companies in America with an annual revenue of $1 billion.

The company was founded by Zoe Zoccoli in 2002 when she was just 14 years old. Zoccoli grew up on the farm where her family raised chickens for meat and eggs, but after seeing that there were no good chicken tenders available at the grocery store, she decided to create her own recipe for them. .Chicken Tenders with BBQ DipIngredients:-

3 eggs, beaten or whisked lightly in a bowl. If you are using frozen breading, it is already processed for you. .-

4 cups white buns, or hamburger buns. If you are using a prepared bun and the chicken is pre-breaded with breading, it will not need to be drained before stuffing . .-

2 cups BBQ sauce, homemade or store bought. Homemade is recommended, but you can also use store bought if you prefer!Directions:

Zoe’s Kitchen is a restaurant chain that offers home-cooked meals to people in need across the country. They believe that everyone deserves a home-cooked meal, and they are working to make that a reality. If you like the article, please comment and share on social media. Thank you for your support!